Justin Bieber has great hair - for now. Some of his styles are bad and goofy - but fundamentally it is a good head of hair!

Justin Bieber is also a little prat that needs a good spanking. I want to bend his tiny bare bottom over my knee and smack him hard and while I am doing that I think I'll slip a cow prodder up his arse to give him a reminder of what his bum is going to feel like when he goes to jail for some douche bag move like smashing his Ferrari into a Day Care or peeing in a mop bucket at a restaurant. I will have Justin sobbing and through his tears that stick like dew on his dreamy eyelashes he will see The Ghost of Teen Idol Future. The Ghost of Teen Idol Future, Ricky Nelson, will take Justin to Branson Missouri, February 2038. In Branson, RIcky and Justin sit in the audience, like phantoms and watch Future Justin, bloated and balding sing Baby and As Long as you Love Me (again) for his encore. Future Justin is hiding his bald spot with a baseball cap with a gold cross on the front, purple high tops and white low riding pants that are too tight and all wrong for a 45 year old. After the concert, Ricky and Justin stand in the meet and greet autograph line with the fans, pudgy moms from the midwest with horrible hair cuts, practical shoes and fleece vests. Fashion isn't changing much in the midwest. The fans still scream like pubescent girls when they see Justin and their hand clapping spreads the aroma of the perfume they bought at the mall. On the tour bus, current Justin gets a glimpse of future Justin popping some painkillers that he keeps beside his Bible on his night table. His girlfriend, who has a penchant for the pain pills too tells him how fantastic he is and thanks Jesus in the same sentence. They met at a Hollywood Bible Study group, largely comprised of ex-porn stars and D-List stars looking for forgiveness. They hold hands Prayer Circles and thank the Lord for saving them from their drug and drink pasts.

Right before The Ghost of Teen Idol Future and Justin return to the current time, Ricky Nelson shows Justin a high production audio and video montage called "Now and Then" We are then all entertainined by the sights and sounds of the careers of David Cassidy, Sean Cassidy, Les McKeown, Vanilla Ice, Leif Garret, Donnie Whalberg, Mark Whalberg, Donny Osmond, Michael Jackson, Justin Timberlake, Peter Noone, The Monkees, Frankie Avalon, Frankie Valli, Dion, Fabian, Bobby Sherman, Bobby Brown, Rene Simard, Paul Anka and Paul McCartney. There is succcess and failure in this montage and Justin realizing his future is singing long ago hits over and over again in casinos and dumpy theatres to frumpy fans comes to some heavy truths and he creates his own Seven Commandments:

Stop peeing in mop buckets. It is just a matter of time before someone catches that on camera and Instagrams pics of my mini dick everywhere.

Stop wearing $40,000 gold necklaces because I am not black or Italian.

Stop getting Jesus or Yeshua tattoos in English or Hebrew or images of what I think Jesus looks like.

Stop being an asshole to Papparazzi's. They keep me relevant and interesting.

Stop being dismissive of my fans. They keep me rich.

Stop drinking under the legal drinking age in the United States,

Stop driving like a douche bag. There is not a cop anywhere who will give me a break and I might kill people.

Justin - There is hope for you. You have talent. Grow Up and appreciate that what you have is not your divine right. You have more chance of getting eaten by a shark in a swimming pool than becoming an International Super Star. It is a combination of talent, luck, timing and work. Luck is the number one reason you are famous...there are plenty of other little Christian Boys that can hold a tune. 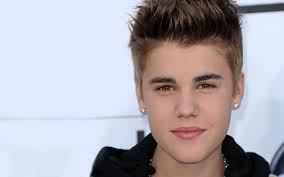 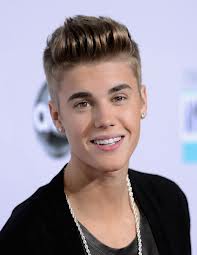 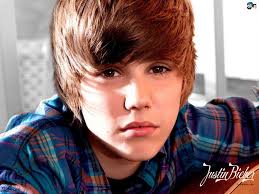 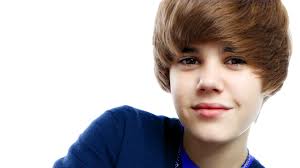